Act now and Sell Your iPods For Cash

If you’re thinking, “where should I sell my iPod?” then we can help. We appreciate that iPods are the sort of novelty items that are continuously being replaced or updated.  Apple itself has over 20 different iPod variations, so it is always a struggle to keep up!  Nonetheless our team are on standby to give you the best possible price for your iPod.

The prices we issue for your iPod are unbeatable because we work on a high volume, low profit philosophy.  The longer you leave it, the more your iPod will depreciate in value, so don’t waste any more time. See how much money you’d get for your gadget! 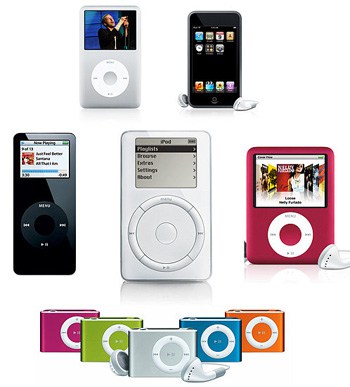 Get a Quote Now

Please Note: All of our quotations are manually processed, taking everything into account. By doing so we can give you the best possible quotation for your item, unlike other websites that work on an automated, inflexible system. Click here to find out more, including a thorough answer to our most frequently asked question: “Would I get more on ebay?”

We are strictly a UK Based Service – Moreover, we are selective of the quotes we respond to, which depends on the condition and specification of your item.

So how do I sell my iPod for cash?

You request a quote. Fill out our quote form, which is designed to help us quote you the most accurate and best price around. We get back to you A.S.A.P!

You marvel at the amount we have quoted you. You say, “how soon can I sell my iPod for cash and get my hands on the money?”

We reply, “how soon can you send it to us?”
Pop it in a padded envelope and post to:
Zarax Ltd. 26 Boiler House, Electric Wharf, CV1 4JU.

Once we receive your old iPod, we will send you your payment IMMEDIATELY by recorded delivery or PayPal – your choice! Then once you receive your wad of cash, you think, “how many more gadgets do I have lying around, so these guys can keep paying me?”

If you were considering advertising your unwanted items on an auction site, such as eBay, and you were wondering if this would be the best place to sell your camera … the answer is no. They really are not the best option.

The consequences of selling on such sites as eBay can be:

• Their capacity to shut down sellers’ accounts at a moment’s notice for breaking the ‘rules’.

• High competition – because they are large sites, the competition is so high that the condition of your camera may hinder your sale if they can see a better deal is possible from someone else at a better price. You may have to sell it at such a reduced price you may as well be giving it away!

• No selling history? Your chances of selling may be reduced if you are a first time seller with no rating or scores. Buyers will be less inclined to buy off you, and favour, instead, other sellers who have built up their star ratings.

• Generally, you have to pay by PayPal or credit card. We offer the option for you to receive the payment by PayPal – but it is exactly that, optional!

• Unscrupulous buyers. Such large sites attract unscrupulous buyers and there are more reports of fraudulent charge backs, where the purchaser instructs their PayPal or credit card company to charge back the payment but have no intention of returning the items or claiming they were ‘not as described’. Do you really need the hassle of resolving such issues?

What Our Customers Say About Us

My iPod stopped working about three years ago. I was going to get it fixed but I keep all my music on my phone now. So I sold it to Zarax and let me just say wow. Just wow! Great service, great money, great experience! I am so happy I found you guys. I will definitely use your services again and I have recommended you to all my friends! Even ones who have working gadgets – just to tell them, when they want to sell, to do it through you guys haha. 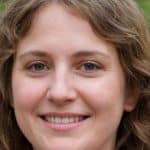 Wow, this process was almost too easy. The quote took around two minutes to fill out. They emailed me within half an hour and I sent them my iPod. Only a day later, they had it, and they deposited the money into my PayPal.
Fiona O'Neil

Such great service and so much faster than I was expecting! Plus they gave me cash for my iPod. Eventually I bought some really nice shoes with it. Great service, will definitely recommend!! (Zarax – not the shoes! The shoes are good too)
Menu